Even after seven years of booking the flats and paying more than 75% of the unit cost, the fate of all the homebuyers hangs in uncertainty as the Orion Galaxy society on Golf Course Road in sector 68 is nowhere near completion. The most horrifying thing for homebuyers is that instead of promising a timeline for the completion of the project, the developer is asking for an extra amount of money, apparently for parking and other charges.

Tensed about the amount of investment they have made and shocked by the developer’s unending demands, homebuyers have ultimately filed complaints with Economic Offences Wing (EOW), DTCP, and the Prime Minister’s Office (PMO). But, no solution has been found.
Initially, the project was launched in 2009 and then again re-launched in 2010, and was supposed to be completed in three years. But now, it is 2017, and still, the units (400 in total) are to be completed.

The homebuyers have accused the developer (Soni Infratech Private Limited) of executing the Builder-Buyer Agreement that is one sided. Even after a continuous delay since so long, the developers are still not making any efforts to gain the confidence of homebuyers by working towards the completion of the project.

After the several complaints by the buyers, the problem was discussed in the meeting held by Allottee Grievance Redressal Forum (AGRF). The developer had been instructed to give a commitment of the date of completion of the project. 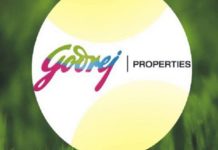 14.8-Acre Area Of Land Acquired By Godrej Properties In Gurgaon