The supply of retails space is witnessing scarcity for the first time in India’s history as 15 malls shut themselves down. The main reasons behind the scenario are the closing down of the unsuccessful malls and restricted fresh supply. Five malls were shut down, while ten others modified themselves for various other purposes like co-working spaces for offices, hospitals, educational and coaching institutes etc. This has resulted in the removal of around 3.5 million square feet from the operational stock of retail spaces.

With the completion of 13 malls, 15 got removed from the stock. The shutting down of malls across the country created an imbalance with the supply side being on the negative end.

According to a source, withdrawal of malls had taken place even in early years but the number this time the number of withdrawn malls is quite high as compared with the previous withdrawals. This has happened mainly due to the constant bipolar contradictions in the retail market which have started to reach the end. And because of this, in the next few years, more malls will witness the same situation.

While few malls have continued to be really successful in their field in terms of sells and performance, various low-budget malls are struggling and limping for a long time for some or the other reasons, specifically in the off late times. It was quite certain as the people’s expectation, and malls’ locations and architecture are constantly evolving

The concept of malls in India has been changing over the years with malls being a complete experience for an individual in the current era. And therefore, shoppers do not want to waste their time in an average mall leading to retailers also avoiding the same. A mall becomes successful with having a perfect combination of all kinds of tenants and necessarily having a few from entertainment and Food and Beverages (F&B) section. Malls which are lacking such tenants are floundering to sustain in the market which will get even tougher in the future. Retailers are also attracted to malls which fulfill the concept of mixed-use.

Another difficult challenge faced by the malls is the existence of online retailers. To overcome this challenge, constant evaluation has to be done to make new strategies and to come out with a fresh version of themselves in regular intervals. 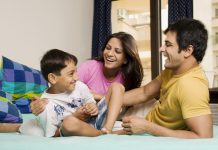