Keeping in mind the implementation of redevelopment plans which come under the Smart City Proposal, Municipal Corporation of Ghaziabad has recognized 1317 acres of land in the city. Following the ABD Model (Area Based Development) which is one of the elements of the proposal, parts of Kaushambi, Vaishali and Vasundhra have been included in the process of developing Ghaziabad as a smart city. The other element of the proposal which is called Pan-City Solutions, concentrates on the transportation and management of the traffic which the city is highly in need of.

On 31st March this proposal will be sent to the Union Urban Development Ministry for the third round of Smart City Mission. Ghaziabad was unlucky as it was not able to clear the first two rounds of selection. Third round also comprises of about 60 cities who will be competing against each other for selection.

The area coming under the ABD Model is approximately from the boundaries of the Vaishali Metro Station till the CISF- Vasundhra Road. This area was decided upon the consent of the private consultant who will be managing this proposal and Municipal Corporation. It was done after properly inspecting and surveying the city. Reports suggest that there was one more survey which was conducted, after which two parks in Vasundhra named The Adarsh Park and The Netaji Subhash Chandra Park have also been included in the area under ABD. It is said that proposals of open air gymnasiums have been made for these parks.

Keeping in mind the pollution levels, and also to make the proposal friendly, Pan-City Solutions is highly concentrating on eco-friendly transport system and smart traffic management.

Regional Centre for Urban & Environmental Studies will scrutinize the proposal and then the final budget for the proposal will be decided by February 27th. Before this proposal is sent to the Union Government, the proposal will need imprimatur of an influential committee of the state government. 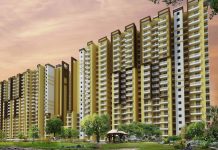 Ready To Move 4BHK Apartments In Crossing Republik Below 75 Lakhs 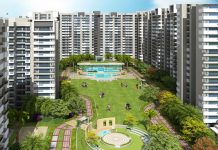 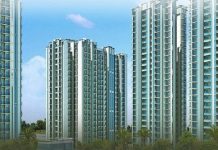