Sources say Emerald Court allotment was made in 2004 and the Building Rules of 2016 were applicable. In June 2006 and in November 2010, the building rules were revised once again by the authority. 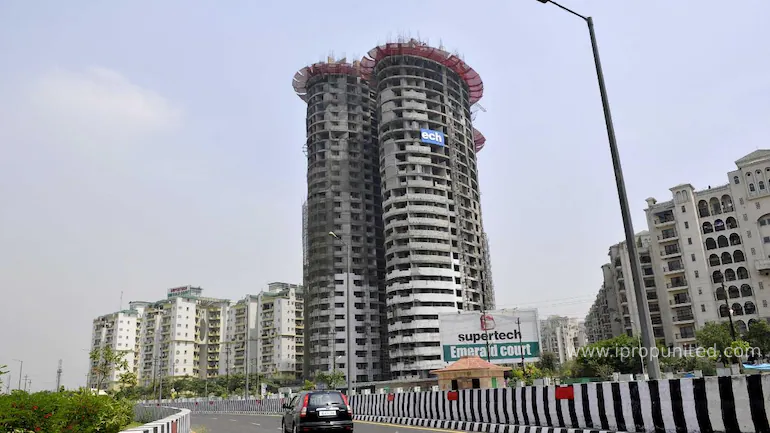 The Noida Authority in its period from 2004 to 2012 made many changes to the system, and this is during the same period when most housing projects were approved by Noida Authority. The randomness in the selection process for benefits and exemptions granted to developers at that time raised the attention of officials on Tuesday. The official said the process of selection was shady and the decisions subsequently made.

Noida Authority official shared details of five notifications that were related to changes in building regulations and purchasable floor area ratio (FAR), among others, with the UP government’s four-member special investigation team (SIT), which was given the task to investigate the case after Supreme Court on August 31 ordered the prosecution of official and the demolition of Supertech’s Emerald Court twin towers, pointing towards consent between the Noida authority and the developer.

“We were unable to understand what yardstick has been used while doing out benefit and exemptions,” said a senior official with Noida’s planning division.

“It appears that benefits and exemptions were offered according to the revised rules but in an arbitrary manner while violations were ignored or overlooked.”

The Supertech Group was given approval to revise its twin tower project original plan which lead to an increased height of 40 floors eventually and for this Noida Authority has to revise its building regulations twice during the same course.

Many sources say the Emerald Court allotment was made in 2004 and then the Building Rules of 2016 were applicable. In June 2006 and in November 2010, the building rules were revised once again by the authority.

All the revised plans for the twin tower project got clearance from the authority in December 2006, November 2009 and again in March 2012.

Sources say the other project name Aster 2, a close project to Emerald Court twin tower was also awarded the completion certificate in April 2008. The construction for both projects were allowed in June 2012 without informing the RWA authority.

The investigation would likely be divided into three sections- the period from November 2004 to November 2009, then up to December 2012 when RWA moved to Allahabad High Court and the third section till August 2021.

Although some official names and other involved will be provided to the state government by Thursday evening before the investigation deadline. But SIT may ask for more time to identify the role of other officials involved in the case.

The SIT team will also question the former and present Noida employees and even record their statements. On Wednesday, SIT team is also likely to visit the tower and speak to members of the Emerald Court RWA.

The opinion of Srivastava will be of great importance to identify the issues in Authority officials.

AAR- No GST on sale of plots with basic infrastructure

AAR- No GST on sale of plots with basic infrastructure