On Friday first charge sheet has been filed against real estate group IREO’S vice chairman and MD Lalit Goyal and others in a money laundering case related to an alleged multi-crore real estate scam by the Enforcement Directorate (ED). 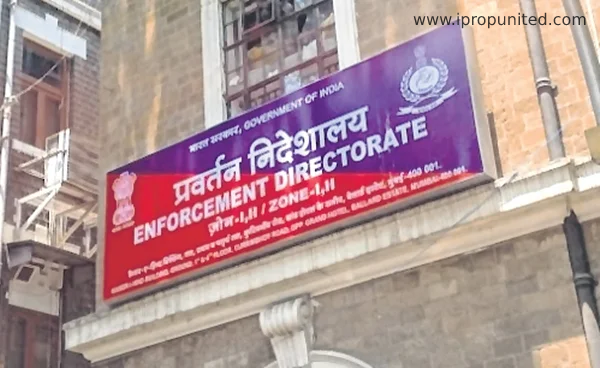 A Special Prevention of Money Laundering Act (PMLA) Court in Panchkula, Haryana has taken cognisance of the chargesheet, also called the prosecution complaint, the federal probe agency said in a statement.

Mr. Goyal was arrested on November 16 last year in this case by the agency. The arrest of MD Lalit Goyal came when he was stopped from flying abroad on November 11 at the Indira Gandhi International (IGI) Airport by immigration authorities while “trying to leave the country”, on the basis of an ED-issued Lookout Circular (LOC). He is currently in judicial custody.

The agency has accused Goyal and others of perpetrating a real estate fraud alleging that “1,050 homebuyers and investors of IREO Projects like IREO Fiveriver, The Corridors, IREO City, Gurgaon Hills in Haryana and IREO Waterfront Township in Punjab, among others, had made advance payments but are yet to receive their booked flats/plots despite lapse of more than 4-5 years”.

IREO Group of companies, the ED said, could not complete its projects due to “diversion and siphoning of funds”.

ED said, “Customer receipts to the tune of ₹1,225 crore have been diverted outside India in the form of redemption, purchase, transfer and buy-back of shares, FCDs or fully convertible debentures etc. violating the FDI policy and other laws. The modus operandi adopted by the group includes routing of funds to India from various entities based in tax havens like British Virgin Islands, Mauritius, recording of fictitious expenses in the books of account, writing off project in progress, interest-free loans and advances to sister concerns and round-tripping of funds through shell companies and creation of assets within and outside India.”

ED also said the he is a “settler and named beneficiary of an overseas trust which owns and controls entities holding assets outside India”.

It said the global ‘Pandora Papers Leak’ also named four entities which are beneficially owned by Goyal and are holding assets of more than USD 77.73 million (₹575 crore approximately) overseas.

The ED’s criminal investigation against Goyal was filed after taking cognisance of as many as 30 FIRs filed by police stations in Panchkula and Gurgaon in Haryana, Ludhiana in Punjab and Delhi.