Court appointed forensic auditor Pawan Kumar Agarwal said Rs 10.29 crore was outstanding against Prem Mishra disputing the claims of ED. The amount was recorded in the forensic audit and in the 2019 court judgement. 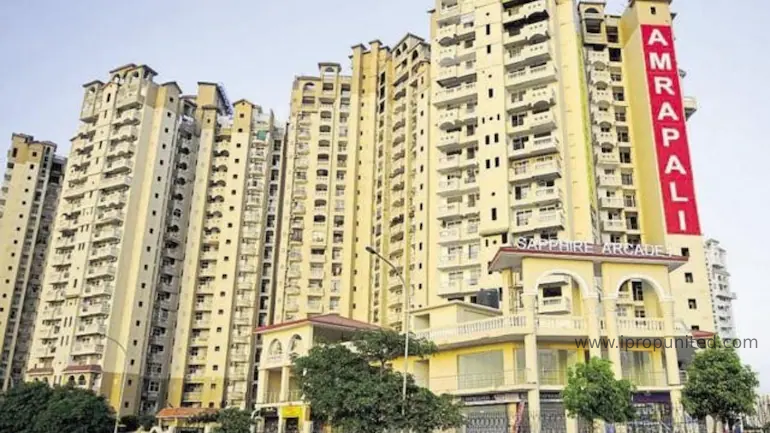 The ED (Enforcement Directorate) on Monday told Supreme Court that they had attached properties worth Rs 4.79 crore of an ex-Amrapali director. The team is currently investigating his transactions of diverting the home buyers’ money through different shell companies.

The Supreme Court bench of Justice UU Lalit and Ajay Rastogi was told by Additional Solicitor General Sanjay Jain, representing ED, that attached properties were acquired by unethical means by Prem Mishra who was a director in the Amrapali Group. He raised this amount by diverting home buyer’s money from the firm by creating fake invoices, bills, and fraudulent transactions.

Forensic auditor Pawan Kumar Aggrawal appointed by the Court disputed this claim made by ED and stated that Rs 10.26 crore was the outstanding amount against Prem Mishra. The amount was recorded in the forensic audit and the 2019 court judgment.

The top court asked Sanjay Jain to provide a copy of the ED status report and the attached properties of Prem Mishra to the forensic auditor, so Mr Aggrawal can co-relate the information and submit the report later this week.

The court also told the ED to assist the forensic auditor with the details.

Representing Prem Mishra, Senior Advocate Vikas Singh said that if a proceeding of appearing comes before the court then Mr Prem should not be asked to appear before the ED.

Meanwhile, Noida Authority moved to the top court seeking revoke of orders made on June 10 last year, which led the court to cap the interest at 8 per cent charged by the authority for outstanding dues of land against the 15 to 23 per cent interest rate. The hearing will continue on September 20.

The top court gave the warning to flat buyers of Amrapali Group who are not clearing their dues as per the payment plan on September 3. It also said that the buyers shouldn’t stay delusional as their units can be cancelled and will be considered an unsold inventory.

The court stated that it found that buyers are under false impression that the court is ensuring the construction of their flats and managing funds whereas they can pay their dues whenever they feel like.

On August 13, the top court had said that there are two groups of home buyers–first category is of 9,538 home buyers who have neither registered so far in the Customer Data maintained by the office of the Receiver, nor have made any payments, subsequent to the judgment of the Court in July-2019.The second categories of 6,210 home buyers are those who have registered themselves in the customer data but they have not made any payment since the court judgment of July 2019.

The NBCC had earlier told the top court that at present, 10 projects in Noida and 12 projects in Greater Noida are under execution involving 45,957 units with sanctioned project cost of Rs 8025.78 Crores.

On August 14, the Supreme Court initiated the cancellation of booking of 9,538 flats of the Amrapali project that are unclaimed or booked in the name of fraudulent names or Benami property or to fund stalled construction projects.

The Supreme Court verdict of July 23, 2019, to crack down on fraudulent builders for breaking the trust of innocent home buyers and ordered the cancellation of registration of Amrapali Group under real estate law RERA, and cancelled its land leases from prime properties in NCR.

The Supreme Court in its verdict stated that directors of Amrapali Group Anil Kumar Sharma, Shiv Priya, and Ajay Kumar were to be sent to prison.