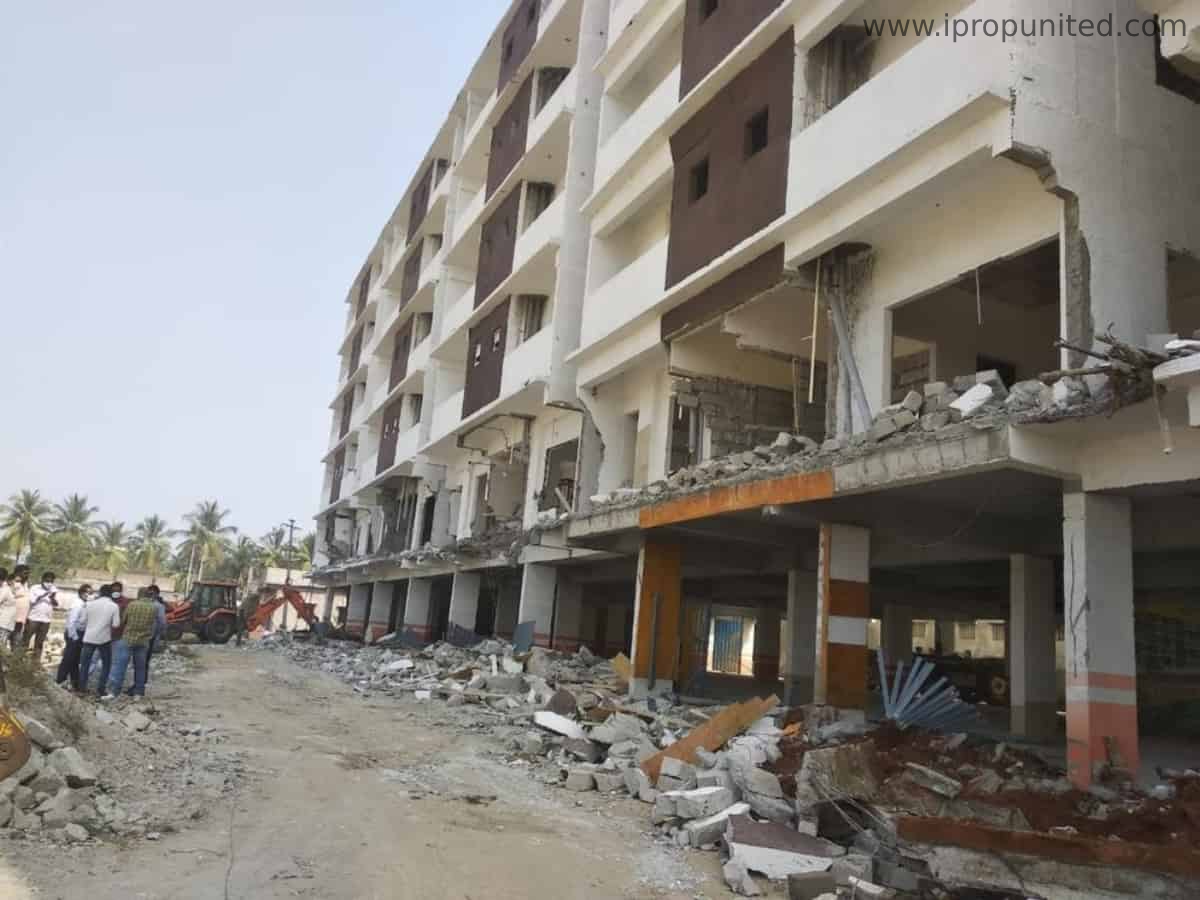 HDMA officials targeted unauthorized constructions spread over 600 square yards. Five structures were pulled down in Thumukunta area, two in Manikonda, two in Manikonda, two in Shamshabad and one in Pedda Amberpet limits. Officials said that out of the demolished structures, two of them were spread over an area of 2.25 acres in Thumukunta and another big one covering an area of 1.2 acres in Shamshabad.