The official from the public relations department said the state government will provide plots to families that don’t have land to build their own homes, under the Mukhyamantri Awasiya Bhuadhikar Yojna. 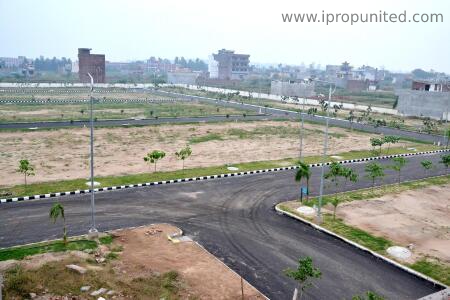 On Friday, an official said that a scheme to provide free plots of land to families was confirmed by the Madhya Pradesh government. The land will be delivered to the families who don’t acquire one so that they can lead an exalted life.

The official from the public relations department said the state government will provide plots to families that don’t have land to construct their own homes, under the Mukhyamantri Awasiya Bhuadhikar Yojna.

On Thursday, in a meeting, while announcing the scheme, Chief Minister Shivraj Singh Chouhan said under the Pradhan Mantri Awas Yojna, this move will also clear the way for the construction of houses.

He said the state government has issued guidelines for allotment of plots in rural areas, Under the Mukhyamantri Awasiya Bhu-adhikar Yojna. To ensure that every family has the right to a dignified life with necessities, the scheme has been implemented.

Residential plots will help people get loans from government schemes and banks, Chouhan said. On abadi land in each Gram Panchayat to eligible families, the scheme has been started to provide residential plots.

Under the scheme, the maximum area of the plot for allotment will be 60 sq. mt. and district collectors have been empowered concerning the availability of abadi land.

Applications have to be submitted online through the SAARA portal for getting a residential plot, he said.  The chief minister said, under the scheme, to be eligible a family must consist of a couple and their unmarried children, and families who are inhabitants of a particular village.

It was stated that to invite complaints and suggestions from concerned villagers, a village-wise lists of eligible families under the scheme will be published, and the period will not be less than 10 days.

The applications obtained and accepted cases will be organized by the commissioner of revenue, the official said. Eligible applicants will be given land ownership privileges in joint names of husband and wife based on availability, and no premium will be payable for allotment of plot.