At the real estate summit held in Jammu, which was organized by the Union ministry for housing and urban affairs and J&K administration on Monday, LG Manoj Sinha said that similar summit will be held in Srinagar in May next year. 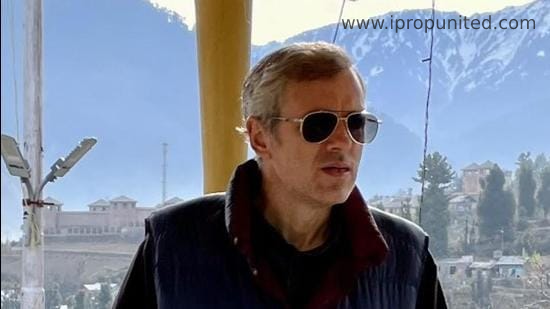 Mainstream political leaders have raised strong concern over putting the land of J&K on “sale” in the name of real estate investment summit.

However, the allocation of land to non-local investors has triggered resentment among mainstream politicians, who have been demanding to safeguard the rights of local’s post-revocation of Article 370.

NC vice-president Omar Abdullah wrote in his tweet, “Once again the true intentions of the government are brought to the fore. While offering to secure the land, jobs, domicile laws & identity of the people of Ladakh, J&K is being put up for sale. People of Jammu should beware, “investors” will buy up land in Jammu long before Kashmir.”

Mehbooba Mufti said in a tweet, “J&Ks special status was illegally revoked to dehumanise, dispossess & disempower the only muslim majority state in India.GOIs brazen loot & sale of our resources shows that the sole motive is to annihilate our identity & change the demography (sic).”

The Apni Party, which is considered close to the BJP, also called this summit an “endeavour for undermining the domicile law”.

Apni Party president Syed Mohammad Altaf Bukhari on Monday in a statement said that efforts that aim at a holistic development and job creation in Jammu and Kashmir are welcome but not at the cost of domicile laws that safeguard land and employment rights of its permanent residents.

He said, “Our party will always welcome any efforts that will foster progress and prosperity in Jammu and Kashmir. But at the same time, we are pledged to resist any plans that will do away with the exclusive rights of the people on their land and jobs.”

He said the way term ‘permanent resident of the state’ has been omitted from the J&K Development Act, was totally unacceptable to the people of Jammu and Kashmir.