On Sunday, Pramod Kumar, District land acquisition officer said that as provided under Section 15 of the act, from the date of publication of the notification within 60 days any objection regarding the land acquisition can be filed by the interested person. 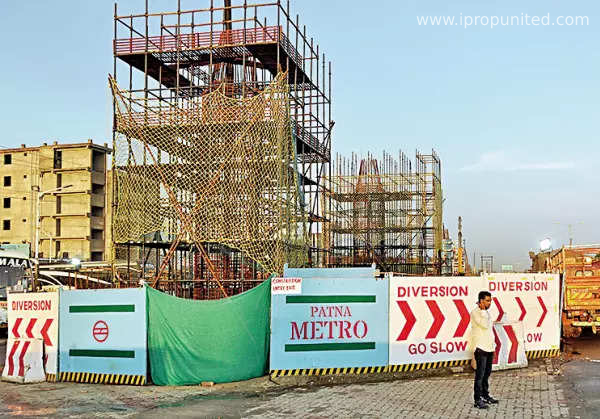 Under section 11 of the Land Acquisition Act, 2013 the Patna district administration has issued a notification to procure 76 acres of land between the Zero Mile and Patliputra Interstate Bus Terminal (ISBT) for the Patna Metro rail project.

To pave the path for the construction of the ISBT metro station and Patna Metro Rail Depot in the Ranipur and Pahadi areas, by February 2022 the acquisition procedure will be finalized.  Around Rs. 1,000 crores have been sanctioned by the state government to acquire land for the depot and ISBT metro station to the district administration.

On Sunday, Pramod Kumar, District land acquisition officer Pramod Kumar told the agency that as provided under Section 15 of the act, from the date of publication of the notification within 60 days any objection regarding the land acquisition can be filed by the interested person.

He said “After which a hearing will be held and then the amount to be determined as compensation under Section 19 of the Act will be published. Compensation will be given to the landowner based on the rate.”

Urban development and housing department (UDHD) officials said near Patliputra as the government proceeding has started for land acquisition, in the next few days, the process of the loan will be initiated by Patna Metro Rail Corporation (PMRC) from Japan International Cooperation Agency (JICA).

For the Nitish Kumar-led government, the Patna metro rail is an ambitious project. It would be created at an approximate construction cost of Rs. 9,201.22 crore, eliminating the land acquisition cost to be carried totally by the state government. The Centre and the state each will bear 20% of the project cost while the prevailing 60% amount will be obtained as a loan from the JICA.

A PMRC official said work on underground stations and the network will begin once they get the loan from JICA.

He said “Initially, the construction of twin tunnels, underground ramp at Rajendra Nagar and six underground stations from Rajendra Nagar to Akashvani (which is a part of Corridor II) will begin. Work is already in progress on a 6.1km elevated stretch of Corridor II from Malahi Pakri to ISBT. It includes five stations — Malahi Pakri, Khemnichak (an interchangeable station), Bhootnath Road, Zero Mile and ISBT. This stretch is also known as priority corridor.”

As per the official, From Malahi Pakri up to Bhootnath 101 pillars have been created, while for the elevated network for corridor II altogether 210 pillars will be developed. From zero Mile to ISBT the pilling work has also commenced.

By December 2022 the elevated section is likely to be ready. From Danapur to Khemichack the Corridor I will be 17.9-km-long, of which 7.3km will be elevated and 10.5km underground.