2016 had been a year for slow growth in Noida but was better than 2015 in terms of a few brand establishments. The launch of two new malls and over 300 brands gave investors a reason to invest in Noida Real Estate. On the other hand, the city also witnessed some lags in regards to the completion of the projects. It was due to certain changes and transfer of Noida Authority’s senior officials on the grounds of corruption.

The year, no doubt, had witnessed a phase of corruption uproar when most of the projects missed their deadlines and now are in the pipeline for 2017 completion.
As UP 2017 election is queued up, not much of the projects will be seen lagging their speed. Most of the commitments are most likely to get fulfilled by the opening of the year.

What 2017 Can Bring For Noida
Not really a revolutionary but small-but-impactful changes are certainly to be accomplished. In the year to come, Noida is expected to get flourished with the following:

A Signal-Free Connectivity – Commissioned by UP Chief Minister – Akhilesh Yadav, an elevated road project had begun its construction in 2014. The project is a 16.63m wide elevated road that will allow easy transportation of around a lakh vehicles going to Ghaziabad via Noida. From the beginning of 2017, the speed of the project will be boosted and is expected to stretch the route by October.

Sector 18 Parking – Most busy point of Noida, Sector 18 will have the ease of parking with multi-level parking lots. Currently, over 5000 cars are being parked in this sector in Noida and the market manages to host this huge number by applying rotational or dual-lined parking system. Surprisingly, the multi-level parking had its deadline in 2015 but is now expected to be accomplished by March 2017.

Sector 18 Market Renovation – Post to the various launches in Noida sector 18, the market was in need of renovation. Where the first phase of the renovation was completed in its due time, the second phase is still to be completed and the tentative deadline for the same has been decided as the end of 2017.

Cycling Tracks – 2017 may open the gates for cycling tracks in Noida that was left unfinished at 65 km of length. Rivalling against European models, the 100 km Cycling Track is expected to get its remaining 35 km completed in 2017.

Sports Courts in Stadium – Sector 21 Stadium was expected to be accomplished with few indoor sports arenas that include Basketball and Handball fields, eight Badminton courts, fourteen Table Tennis courts and a Volleyball field. Its new deadline has been drafted as 2017 as it has already missed its original deadline in 2016.

Garbage Recycling – The most awaited solution to the garbage issues in Noida will finally be given a physical form at Astoli. The latter is the terminus of Noida and Greater Noida where all the dump from the two cities will be collected and recycled. The project is spread across 67-acre of land.

These projects in Noida, upon completion, are expected to attract more builders and buyers for real estate investment in Noida. More the facilities more the buyer’s interest in Noida properties. 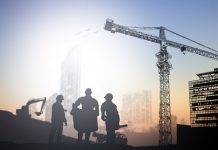 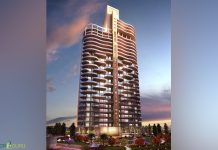 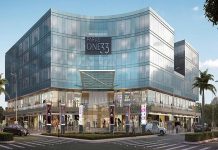 Paras One33, A Commercial Project By Paras Buildtech To Launch In Noida